7 Reasons Why Cats Are Better Pets Than Dogs 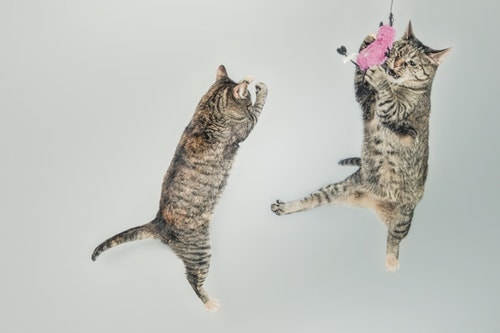 It’s time to put a stop to the endless debate of which are better pets: cats or dogs? To be honest, the fight has long since finished, but neither side seems to want to back down.

Have dinner guests coming over? Cats are the best pets to have around when that happens. Dogs are likely to get overexcited around new people; barking, running around, and showing off to gain the new humans’ approval. Dogs might also scare cats.

Meanwhile, a cat will simply observe the newcomers from afar, and if it’s feeling a bit more social, will head over for a closer look and give an acknowledgement with a twitch of a tail. If you want to host a peaceful get together which doesn’t end up with someone’s leg getting humped, cats are the way to go.

There’s a reason why cats have taken up the internet by storm. They’re often found in a lot of comical albeit cute scenarios more than dogs ever are. I’m pretty sure that there’s another new cat meme coming up as you read this, and there will continue to be more because of the sheer amount of people who enjoy watching cats’ antics and show of serious feline attitude. Yes, yes, u can haz a burger.

If you’ve seen your cat kicking itself though, you might want to read this.

Cats are definitely less vocal than dogs. Dogs keep you up with their barking, whether it’s because they’re happy, scared, threatening, or complaining. It’s no surprise they’re called woofers and subwoofers, they sound like constantly playing speakers. Cats? They’re so much more quiet. They generally keep their feelings to themselves, and they barely meow. Even when they do, it’s got nothing to the volume of an over-excited dog. At times, cats express themselves through purrs and hisses, but nothing louder. You and your neighbors will get better sleep with cats around.

There’s no mistake about it, you see a damaged toy, chances are it belongs to a dog. Cats take more care of their toys than dogs, and their common indulgence with them is to hide them and keep them safe. A dog gets a new toy, he gets to chewing and tearing it apart in a few minutes (sometimes the toys or parts even end up getting eaten even when they’re not supposed to).

Dogs need to be walked, regardless of the circumstances. Meanwhile, cats take care of their own business in the automatic litter box. Dogs need your constant attention, while cats are perfectly content doing their own stuff without you around. They’re largely independent, which means that they can take care of themselves most of the time. That just means less time for you to worry about them, unlike with dogs who need supervision a lot of the time. Did I mention that walking the dog needs to be done more than once a day?

Cats give you gifts, dogs… don’t. It brings a cat pleasure to have given its owner a gift, whether it comes in the form of a hunted bird, creature, or a toy found around in the house. Unlike with dogs, when you get a presented with a toy you are required to throw it away only for the dog to get it again and present it to you, repeat until fade. Presents are a cat’s ultimate show of loyalty and devotion, and no matter how nauseating the dead mouse smell is, remember to thank your cat for its tribute to you.

There’s no sound or feeling better in the world than a cat’s purr. Purring indicates that your cat is content. And just hearing that sound will ensure that you are too. What do dogs do when they’re happy? Yep, they bark. Again. Purring is simply the epitome of relaxation, both for your cat and you. There’s something soothing about my Ragdoll Mix’s purr.

So there you have it, cats trump dogs any day, any time (I know I’m being biased). They’re such a joy to be around, and they’re less of a hassle to take care of. There’s no better pet than a cat, and you know you’ve truly succeeded in life when a cat shows its affection to you.