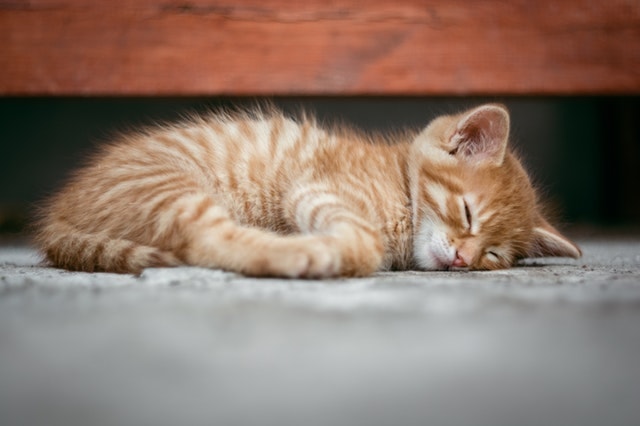 You don’t have to be a passionate House MD fan to know that blood in urine is not a good sign, both in people and cats. But your logic also tells you that it can be caused by many different reasons. Usually, blood in cat urine is accompanied by the cat peeing outside its litter box, which makes the problem much easier to be noticed.

Some causes are of course more serious and delicate than the others, but there’s no need to panic before any of your theories has been proven by a veterinarian.

Keep reading to learn on the most common causes of hematuria (bloody urine), how to recognise which one has affected your cat and finally, how to treat them.

Causes of Blood In Cat Urine

Blood in cat’s urine not always something that can be easily noticed. You might have noticed some blood drops around the house, but it’s difficult to be sure where they’re exactly coming from. And whether it’s a proof that your cat has been urinating or defecating blood.

Although the most common cause of hematuria in cats is a urinary tract infection, there are other possible and common issues that might be causing it:

Sometimes crystals can form in the urine, that later turn into stones that can be difficult to pass and cause complications. Male cats are at greater risk because their urethra is longer and narrower. The stones formed in the cat’s urethra can form a plug that will cause a urinary blockage.

This is a very serious issue and can be fatal within days or even hours, since the cat can not release the toxins from its body and will start poisoning itself.

Some of the key symptoms are painful urination, only few drops of urine, blood in the urine and urinating outside of the litter box (which will help you notice more easily).

If you suspect your cat might have FLUTD you have to contact your vet immediately and schedule an emergency appointment for your vet to unblock your cat by inserting a catheter. If noticed in the early stages, your cat will get better in no time.

Most common in older cats with more dilute urine, blood in the urine can be a sign of bacterial tract infection. It can be limited to the bladder, but in some critical cases can also affect one or both kidneys.

If this is the reason for blood in your cat’s urine, it means that probably your cat has had the infection for some time now, since the microscopic blood traces of the early stages can’t be spotted by the naked eye. Some other symptoms are loss of appetite, thirst and more frequent urination.

One other common reason for hematuria in cats the so-called Feline Idiopathic Cystitis. This one occurs less often than urinary tract infections and FLUTDs, and should be considered once your cat’s urine has been tested negative for crystals and bacteria.

The issue, as the name suggests, is of unknown cause, but can be easily treated if spotted on time. Sometimes it can happen after your cat has been through some stressful event or some cats are simply more prone to FIC than the others.

Cats can experience some health issues after experiencing some sort of physical trauma. One of those issues can be blood in the urine in cases when your cat has been hurt and badly bruised in the bladder, causing the bleeding. If you suspect this is the case, don’t hesitate to contact your cat’s veterinarian to schedule an appointment immediately.

Rodenticides contain products that are meant to make the mouses and rats bleed to death. If your cat has been exposed to rat poison, this can be one of the causes for it bleeding urine. Of course, this one is less likely than the others, especially if you’ve been careful, but should definitely be considered once the other issues have been discarded.

Just like in the other cases, the first thing to do is to contact your vet and schedule an appointment in order to check your theory. If you’ve been right and reacted on time and recognised the problem in its early stage, the treatment will be simple and your cat will be healthy in no time.

Your vet will give your cat some vitamin K that will cause its blood to clot properly once again. Complications might occur and some more complicated treatments might be needed if you don’t recognise the issue on time.

Just like in humans, there are certain bleeding disorders that might be causing the blood spots in your cat’s urine. There are numerous different possible disorders of the kind, and should be investigated and tested before coming to any conclusions. For instance a decreased number of blood platelet is one of the many possible causes.

Bladder cancer is a very rare cause, but because of its seriousness you’ll not want to rule it out for any case. It mostly affects older cats and shows up with similar symptoms like urinary tract infection.

Knowing the possible causes will make you feel safer and teach you how to recognise some basic symptoms, but whatever the reason for the blood in cat urine, you should never try to treat your cat by yourself or come to any definite conclusions without consulting with your vet first.

The very first thing to do when you notice that your cat has been urinating blood is to schedule an emergency appointment with your veterinarian. Your vet will carefully examine your cat, come up with a medical diagnosis and prescribe the right treatment. Be extra careful when it comes to male cats when quick reaction is needed and can ensure that your cat doesn’t get into some serious life threatening complications. 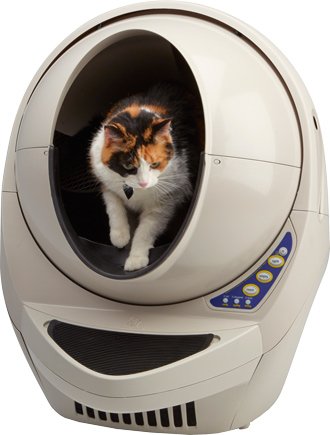