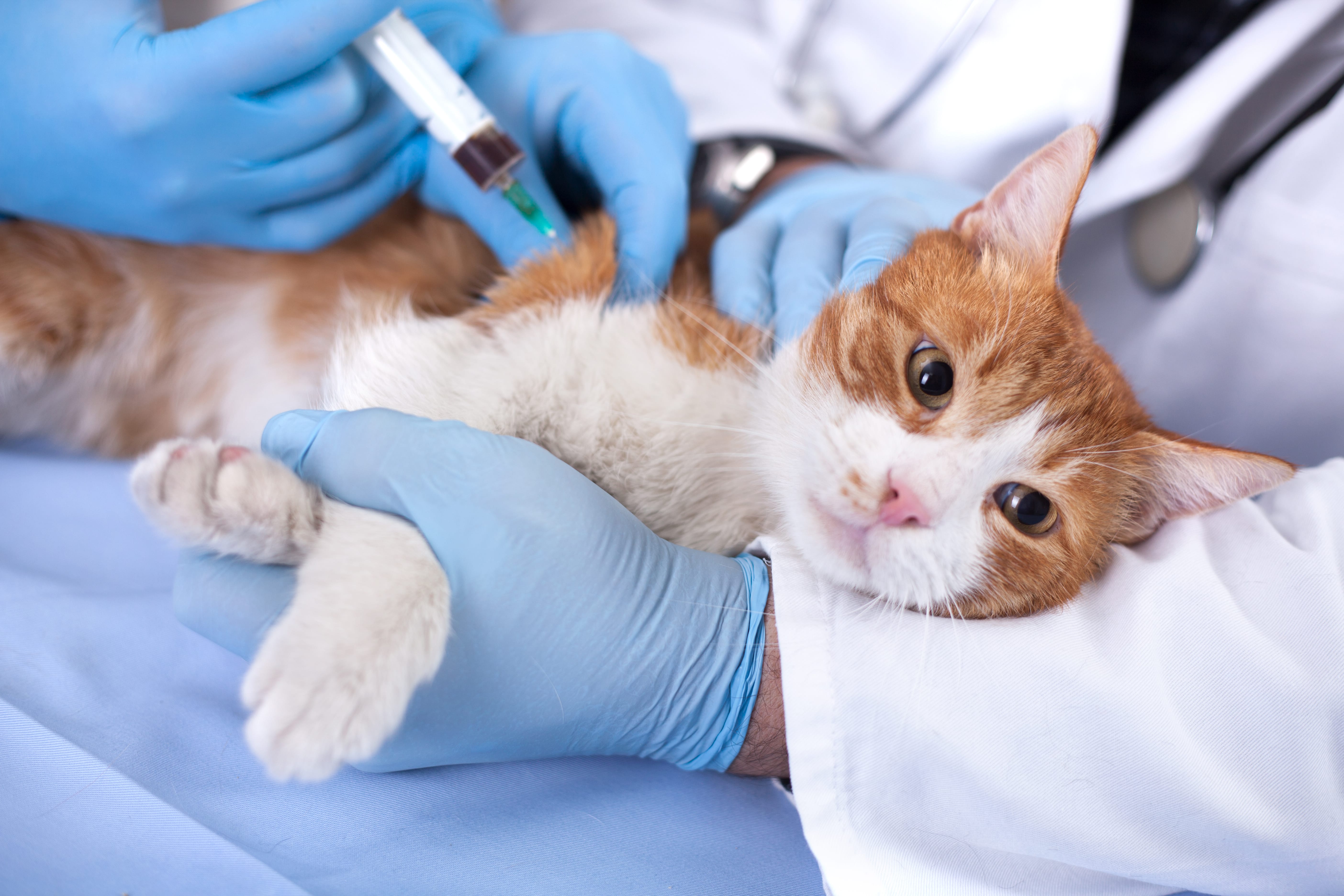 Have you ever seen your cat hunching over and crying in pain while peeing? You might think your cat is trying to poop but in reality it might already be experiencing a urinary blockage. Urethral obstruction occurs in most cats 1 to 10 years of age and is most frequent in male cats.

What is Urinary Blockage?

Urinary blockage, also known as urinary or urethral obstruction, is a problem most easily developed in male cats. It is a problem that occurs when the urethra – the tube that drains urine from their bladder to the penis – is obstructed, inflamed, or compressed. Often times, inflammatory material such as mucus and small stones cause the obstruction of the urethra. Obstruction can also be caused by tumor, scarring, and lesions.

Read this if you see blood in cat urine.

When the urethra is blocked, the urine cannot be drained and the kidneys stop producing more urine since the bladder is still full. When the kidneys stop working, the cat’s body can no longer get rid of toxins from the blood or balance fluids and electrolytes which can lead to kidney failure or death. Male cats are more susceptible to urethral obstruction due to the smaller size of the opening of their urethra compared to that of female cats. However, it also occurs with female cats as well as dogs.

Signs and Symptoms of Urinary Blockage In Your Cat

One of the most common signs of your cat experiencing urethral obstruction is when it is straining to urinate. When experiencing urinary blockage, there is also frequent urination where cats go more often to their litter pan which can sometimes be confused as a sign of constipation. This is because there is an abnormal flow of the urine because of the blocked urethra. Sometimes you will see urine which appears cloudy, dark, and sometimes even blood tinged.

Cats feel immense pain because of urinary blockage so you might hear them cry out every time they try to urinate. The pain also leads them to stop eating or to vomit what they have ingested. Aside from lack of appetite, cats might also behave restlessly, become lethargic, or hide because of their pain.

Cats that experience a urethral blockage will have a larger, firm, and extremely painful bladder that is almost similar to the size of a baseball. Unless there is a ruptured bladder, this can be felt on the back half of the belly during a physical exam. Cats with non-obstructed inflamed bladders feel small and empty and while unobstructed bladders will feel like water balloons.

It is important to take your cat to the veterinarian once you recognize these signs and symptoms of urethral blockage. A complete blockage can cause renal failure within 24 hours and can be fatal within 3 days. If your cat has urinary blockage, it is extremely necessary to relieve the obstruction as soon as possible. This will require emergency treatment including sedation. The cat will be first assessed for its level of dehydration and build of toxins not being released from the body

Sedation or anesthesia is utilized in order to place a urinary catheter into the urethra since this procedure incurs extreme pain. This will be used to flush out the blockage or force back the stones into the bladder. The bladder is flushed and drained with the catheter to get rid of sediment. The catheter is usually removed after a few days or until swelling subsides. The veterinarian can also choose to perform a urethral massage to push the obstruction out. These are the two most common ways of removing a urethral obstruction.

After their urethral obstruction is removed, the cat’s urine will be monitored closely. It is often advised that the cat stays in the hospital or the clinic for a few days. It is placed on intravenous fluids to help urinate more frequently in order to flush out the toxins. The urinary catheter is sewn in with a urine collector and is left for 2 days to reduce inflammation. An additional 24 hour is used to monitor the cat to make sure re-blockage does not occur.

Sometimes, cat behavior after this procedure can include leaks of urine due to the pain in pushing but this is not a permanent problem. The cat will be released from the hospital once it is able to properly urinate on its own. A cat recovering from a blocked urethra is provided an elizabethan collar, worn for 1-2 weeks, to avoid causing self-trauma.

A recurrence of this problem is dependent on the cause of the obstruction. Cats will have a less chance of developing another blockage with a well performed surgery. Perineal urethrostomy does not prevent stone formation or bladder inflammation.

Within 2 to 3 weeks, cats are very much at risk for recurrence of obstruction since the episode is still continuing. Depending on the cause of the obstruction, some can be removed and while some can only be treated. Cats are prone to re-obstruction because of uncontrolled spasms in the urethra. To prevent crystals, stones, and other inflammatory materials from forming, some dietary changes in your cat might be needed.

When you recognize the signs of urethral obstruction, take your cat as soon as possible to their vet. Cats who are brought in sooner also have a higher recovery rate and less chance of a re-block to occur. It is also important to take not of after surgery care. Do you have a ragdoll mix cat?